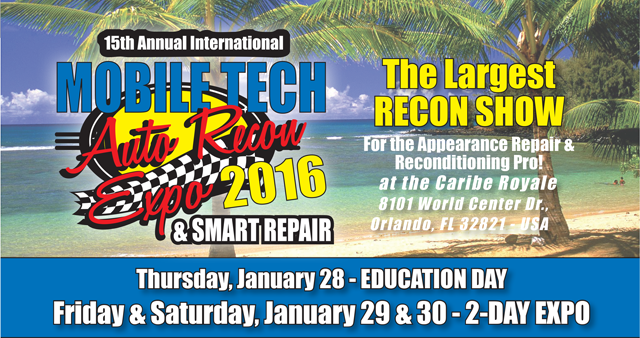 Martin Sadler of Dent-Remover will be attending the international auto recon show (Mobile Tech Expo) in Orlando Florida on the 27th January to the 1st of February, a show for all Dent technicians and smart repairers alike to see new innovations and try out new equipment. The show hosts a number of seminars designed to give the technicians new ideas, techniques and help them to progress into a pro active business.

Martin Sadler has also entered the 2016 International Dent Olympics in the hope of placing 1st this time! Placing 2nd in the 2015 European Dent Olympics. Wish him luck!