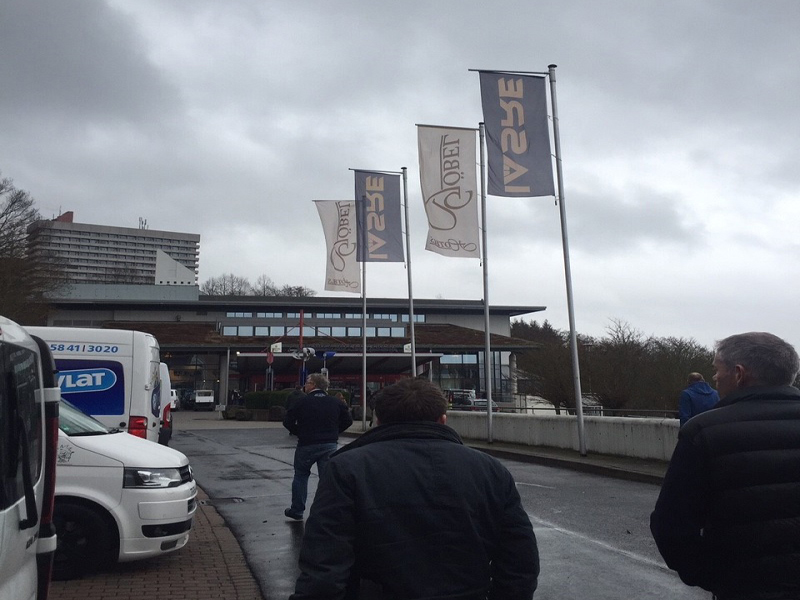 February was time for the German IASRE S.M.A.R.T. repair show and they also had a 2 stage dent competition.

Martin Sadler entered the competition, with limited tools to compete as he traveled light! He came an excellent 13th again! The way this competition worked was different to the previous Dent Olympics in the UK and Florida because 2 dents had to be repaired within 60 minutes.

The first dent was in the door of a VW Golf, the second dent was in the Roof rail of the car and this had to be glue pulled and blended. Martin completed his dents in 38 minutes. Next year will be a better placing as he will have his tools and be there earlier to compete!! 13th place IASRE 2016 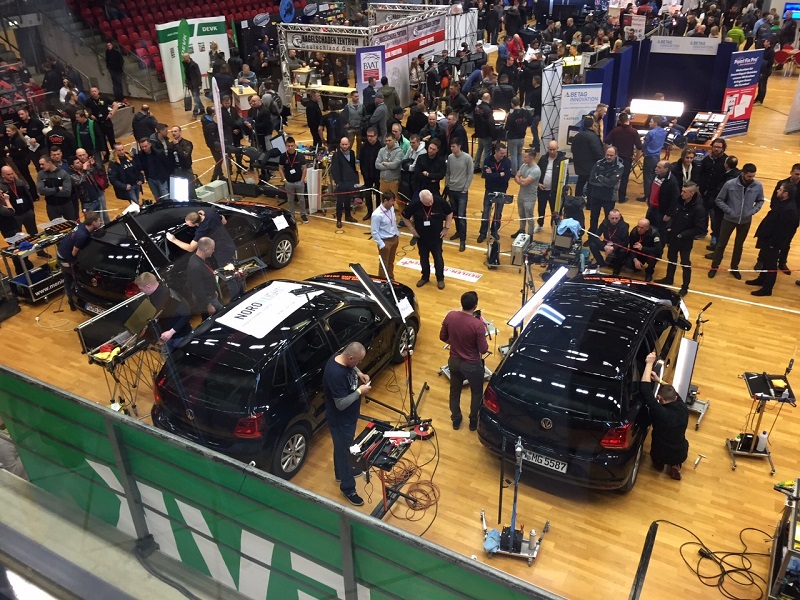 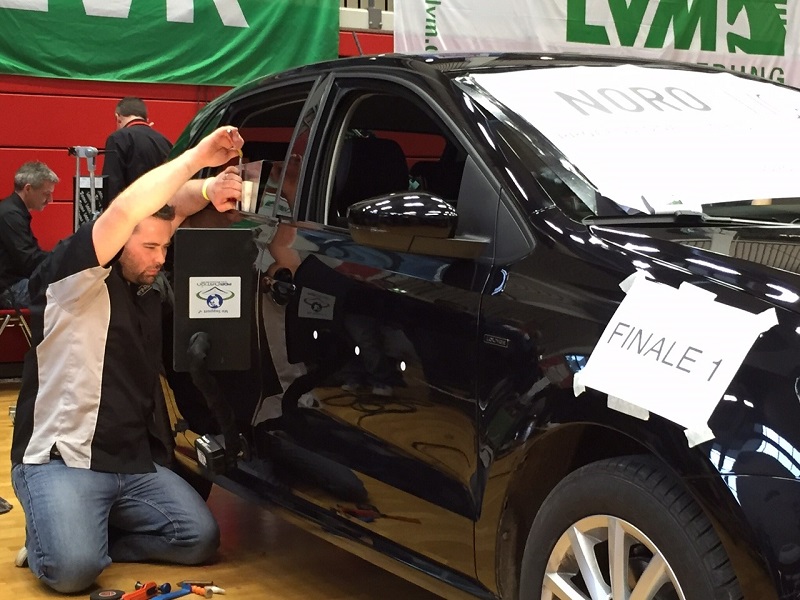 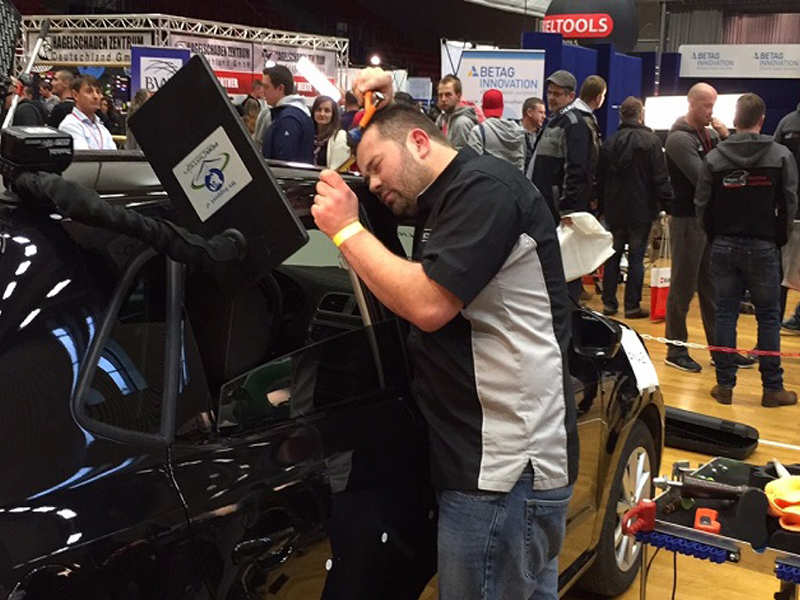