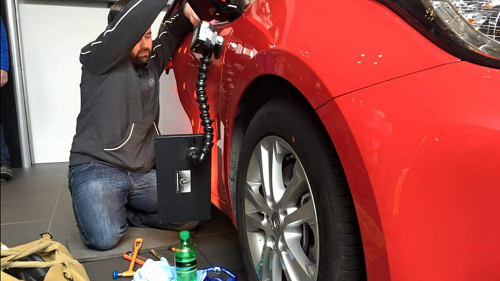 Coming second in what proved to be a tough competition, Martin proved that Dent Remover remains one of the areas premier companies for paintless dent removal (PDR).

During the competition all competitors get a fixed 45 minutes to work on their allocated dent.

The first 2 photographs below show Martin hard at work during the competition whilst the 3rd shows Martin on the podium receiving his prize.

Further details of the competition can be found here at http://mtelive.com/pdr-dent-olympics/ 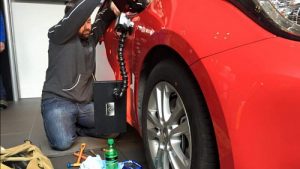 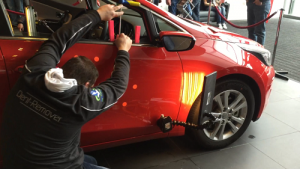 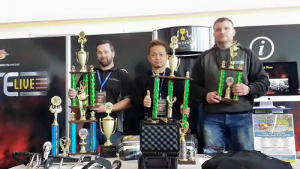 Martin hard at work during the 2015 Dent Olympics